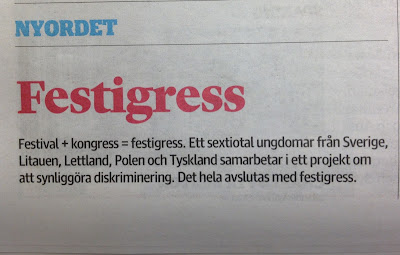 Posted by Lunds Integrations och Mångfaldsrunda at 5:34 PM No comments: 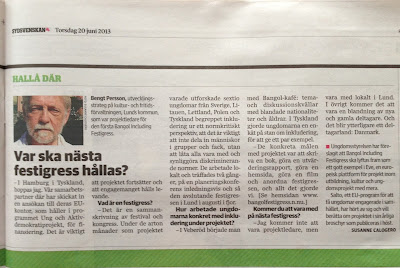 Posted by Lunds Integrations och Mångfaldsrunda at 2:30 PM No comments: 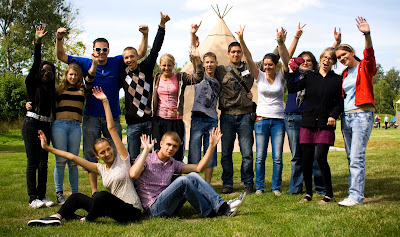 Posted by Lunds Integrations och Mångfaldsrunda at 4:45 PM No comments:

Today on the 20th of May 2013 the final project report was sent in to the Swedish Youth authority. That brings me back to that informal meeting in Åhus, Sweden, on the 4th of November 2010, when the idea of an inclusive Festigress project was born. :)
Bengt
Posted by Lunds Integrations och Mångfaldsrunda at 1:40 PM No comments:

Write a story about norms and norm carrying!

The theme for this year's Integration and Diversity Week (23rd to 29th of April) is Norms. Issues associated with a norm critical approach, for example, about how power and privileges are distributed in Lund, or how certain norms counteract values like diversity, inclusion and equal rights and opportunities. All norms are not all bad, discriminatory and exclusionary, but can of course be good, equitable and inclusive. Norms involves many different types of values and phenomena in life, such as who speaks loudest in terms of body image and functional capacity, age, sexuality, male or female, class, socio-economy and education, birth country, skin color, religious believes, and more.

In work for diversity and equality, there are sometimes targeted actions for specific groups considered as "special needs" because of not fitting into the norms. A common assumption is as that those who belong to the norm need to know more about those who are "different" to create "tolerance" and achieve diversity in the long-term. The risk of such an approach is, however, to further point out marginalized groups, and strengthen the benefits of the normative subjects, because not questioning what is considered "normal" in the organization.

According to Lund’s guidelines for diversity and the local integration policies, a norm-critical approach should instead guide the work for equality and diversity.

A norm critical approach is, on the contrary, based on the organization. This means looking at the norms, values, processes and structures that form the basis for the routines, to be able to investigate the conditions this creates for employees and users. What does the organization think about the employees? What does the policy documents and business plans say? The goal is that no norms or structures shall be discriminatory or give benefits to certain groups. By broadening the norms, we include more and achieve equality and diversity. Norm focus makes equality an important question for everyone!

Since norms and norm carrying is a relatively new and untested approach, we welcome all citizens in Lund and all our partners to write short stories about the theme for this year's Diversity Week. Write to us and tell us when you realized that you were a norm carrier. Choose an experience from your own life when you or your organization understood that you were a norm carrier, and tell us about it! What we're looking for this time is to produce stories that explain the norms and norm carrying. Not because norm breaking is unimportant, but to illustrate the meaning and purpose of the activities in this year's theme and the projects that we are running.

Please send your story to bengt.o.persson@lund.se or write directly on the Diversity Weeks new blog: www.mangfaldsrundan.blogspot.com
Posted by Lunds Integrations och Mångfaldsrunda at 5:07 PM No comments:

1. What does the word inclusion mean to you?
2. Where do you come in contact with inclusion?
3. In which places isn´t that given?
4. What should be improved or what have to be changed?

For people who don´t know how to answer the first question we have summarized a short definition of the word inclusion.
Inclusion is the claim, that every person in his individuality is accepted by the society, and gets the chance to be or to take part of it as a fully entitled member.
The German friends wish that the other BIF partners would like to make the same interviews in the streets of Riga, Zabrze, Lund, Vilnius and Klaipeda.
Communicated by
Bengt Persson
Posted by Lunds Integrations och Mångfaldsrunda at 10:39 AM 1 comment:

Impressionistic film from February meeting.
http://vimeo.com/38160427
Posted by Unknown at 5:37 PM No comments:

Follow our work with democracy, critical inclusion and equal participation